Did you know – girls are often missed in diagnosis? Janine specialises in identifying females of all ages with ASD. She is currently one of the few clinicians conducting research into how differently females present with, and experience, ASD  when compared to males.

Girls with ASD typically appear to have better social imitation skills and can mask their difficulties more easily than boys, which makes a diagnosis of ASD more unlikely. Girls with ASD are often thought of as shy, due to a passive relating style and quiet demeanour, and this hides or camouflages their difficulties. They can be very anxious and, while they can appear to others (e.g., teachers) to be quite social, they are often on the periphery of social groups and tend not to have much of a social life outside school.

When younger, a subgroup of girls feel more comfortable taking part in physical activities with boys rather than trying to fit in with all the social and communication demands of their female peers. (They are often referred to as `tomboys’).It is common for parents to report that their daughter does not have close friends but tends to flit from one group to another.

For some girls there can be an over-reliance and fixation on a particular friend who is quite nurturing. Girls may have obsessions (e.g., horses), which are intense but not as unusual as the obsessions of males with ASD. Also, girls with ASD exhibit fewer behavioural problems than boys – they are less difficult or aggressive, for example – but may be shy, passive and depressed.

Girls vary enormously so there is no simple personality type. For example, in terms of dress, some girls are perfectly groomed and often look the same as their peers with regard to their hairstyle, jewellery, mobile phone, etc. Other girls may go for the `grunge’ look or insist on wearing certain items of clothing (e.g., shorts, or bathers underneath clothes) or show a strong preference for practical, comfortable clothes. This latter group is impervious to peer group pressure.

Girls with ASD learn how to act in social situations, so clinicians without extensive experience will look at the external presentation – they may be well groomed, show appropriate gestures and be able to engage in reciprocal conversation – and will decide that the girl does not meet formal diagnostic criteria. Thus, the diagnosis is missed. It is critical that the right questions are asked in a detailed developmental history and a close investigation is made of the child’s social behaviour with peers.

Listen to leaders in the field, including Janine, explain why so many girls with ASD go undiagnosed, in an interview with Radio National.

Why is it important for girls to be diagnosed?

Girls are diagnosed later than boys, generally from the age of twelve onwards – ASD becomes more obvious when they reach puberty. The big changes that occur around this time, socially, educationally, and physically, are often very challenging for neurotypical children, let alone children with ASD. It is then their problems become most obvious. Often they are on the periphery of social groups and have acquired social skills by intellect, rather than naturally or instinctively.

If females with ASD are not diagnosed, they may be at risk of longer-term social and academic disadvantage. Adult women with ASD often have a history of anxiety and relationship difficulties and there is a subgroup who have a history of sexual abuse. They may also be at risk of developing more serious psychiatric syndromes, such as clinical depression, eating disorders, substance abuse, etc. It is likely that females in this situation will miss out on the early intervention work that can enable children to fit in better with their peers, socially and emotionally, and achieve optimal educational and social outcomes. 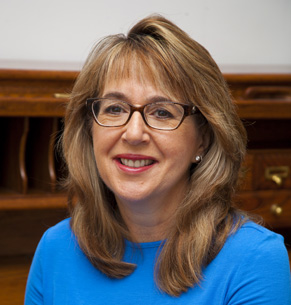 Janine is a clinical psychologist who has extensive experience working with people on the Autism Spectrum.

She works with children, adolescents, adults and their families, offering a range of services, including diagnostic assessments for all ages and treatment for related issues such as anxiety and depression.